Develop financial strategies, better money management, set goals and why having a professional financial planner on your team will change your financial future
Financial Strategies

I’ll have source with that: the pros and cons of crowdfunding 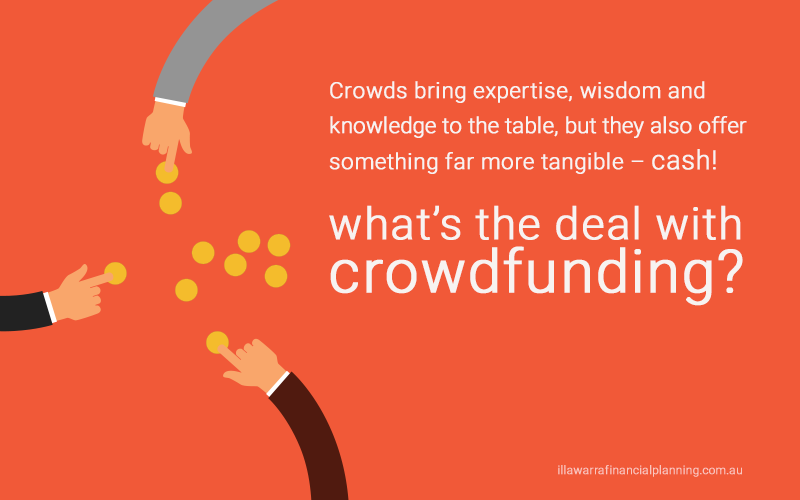 In the early 1700s, the British Admiralty had a big problem. They were losing thousands of seamen every year due to a lack of navigational tools.

Their sailors could calculate longitude but there was no mechanism to solve what was known as “The Longitude Problem”.

In 1714, the Government offered the staggering amount of £20,000 (equivalent to approximately $5 million today) to anyone who could provide a solution.

Many MPs and scientists thought there was no solution until a commoner, John Harrison, presented his marine chronometer, an accurate and vacuum-sealed pocket watch that could indeed measure longitude. With some hesitation, the Government eventually paid up.1

This method of accessing the expertise of the wider community for a specific project needed a catchy name. It finally earned one in 2006, when Wired magazine published a story entitled “The Rise in Crowdsourcing”.2

It was only appropriate that the term should be coined in a magazine that focuses on how emerging technologies impact culture, as crowdsourcing has boomed in the
online age.

We never knew how addictive videos of cats performing stupid acts could be until it became a staple of YouTube. Although it is essentially just a site offering crowdsourced video content, YouTube is viewed by an estimated 800 million unique visitors every month!3

Crowds bring expertise, wisdom and knowledge to the table, but they also offer something far more tangible – cash. And it was the most unlikely of candidates who
is credited with one of the first examples of so-called ‘crowdfunding’.

In 1997, rock band Marillion (probably best known as one of the favourite groups of Neil, the clinically depressed, pacifist, vegetarian and environmentalist from The Young Ones) turned to their fans to help fund a tour of the USA.

The not-so-imaginatively-named ‘Tour Fund’ generated US$60,000 and the kings of 70s pomp were soon headed across the Atlantic.

Crowdfunding soon took on a more benevolent form through pioneering charity fundraising sites like JustGiving, established at the turn of the century. Then in 2005, Kiva was launched.

Kiva was the first platform that allowed entrepreneurs to lend money to developing areas across the world. It is now one of the most successful micro-lending platforms, having raised more than $165 million through crowdfunding, and with a staggering repayment rate of 98.83 per cent.4

The most popular crowdfunding platform in the world today is Kickstarter. Almost 60,000 projects have been financed through Kickstarter; everything from independent film and book projects to Cheesonomics, a card game for cheese aficionados.5

Crowdfunding is perfect for niche projects such as these; just imagine the look on the bank manager’s face when she turns the first page of your ‘Cheesonomics’ business plan.

Crowdfunding also cuts through the often tedious process of financing a project, allowing entrepreneurs to focus on what they know and do best. It is also likely to provide a diversified investor base.6

But crowdsourcing has limitations. For Australian residents, equity-based projects are illegal due to the absence of compliance and disclosure requirements. However, ASIC has stated that “crowdfunding, as a discrete activity, is not prohibited in Australia, nor is it generally regulated”.7

For that reason it is safer to consider participation in such projects as a form of donation rather than a serious investment.

But we should be thankful for the concept of crowdsourcing. After all, if the Brits hadn’t solved their navigational problem, we might all be living in New South Holland and playing Dutch Cheesonomics.

Still have some questions?

Let us work out the best approach for your plans and bring you closer to your great idea. Speak with us to arrange an appointment on 02 9328 0876.